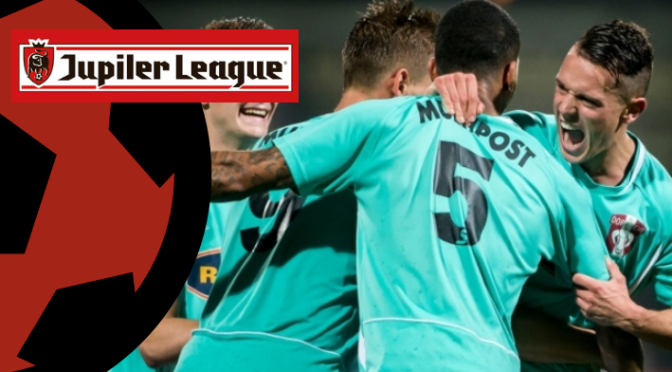 With only seven games taking place due to a large amount of police presence issued to work this week’s Nuclear Security Summit 2014 in Den Haag, only two of the top five played with both coming out on top.

Second-placed Willem II were not in action this past Friday evening which allowed FC Dordrecht to stretch their lead to four points on Friday night with a 3-1 victory over Jong Twente. Youri Leon put the league leaders ahead after 20 minutes but soon after the half-time break, Kristopher Vida equalised for the Twente reserve side. Two goals in the last six minutes courtesy of Paul Gladon and Genaro Snijders clinched the victory.

VVV-Venlo comfortably sit in third four points ahead of Excelsior in fourth with a hard-fought 3-2 win over FC Oss. Venlo took a first-half lead through a Leon de Kogel penalty, which was the strikers 11th goal of the campaign. After Jorzolino Falkenstein equalised just before the hour mark, VVV stepped it up a gear and regained the lead nine minutes later with Oguzhan Turk grabbing the goal. Dyon Gijzen looked to cement the points six minutes before time, but Johnatan Opuku Agyemang notched in the 90th minute to give Venlo an unnerved few minutes before the full-time whistle.

Jong PSV missed the opportunity to leapfrog into fifth when they fell 3-1 away to Volendam. The division’s top scorer Robert Mühren notched twice to take his tally to 23 in 27 games with a Ludcinio Marengo goal in injury time to seal the win. PSV’s young central defender Menno Koch scored a second-half penalty which proved to be nothing but a consolation.

Ronald Bergkamp scored the only goal of the game in FC Emmen’s win over FC Eindhoven as the highly-rated Abdelmalek El Hasnaout notched Jong Ajax’s only goal in their 1-0 away win to Fortuna Sittard.

Helmond Sport and Telstar cancelled each other in a 1-1 draw with an early Serhat Koç goal giving the hosts the leas but a late Toine van Huizen leveller meant the points were shared.

Down at the bottom, Achilles ’29 gained a point at home to Sparta Rotterdam but they still sit rock bottom on just 22 points.