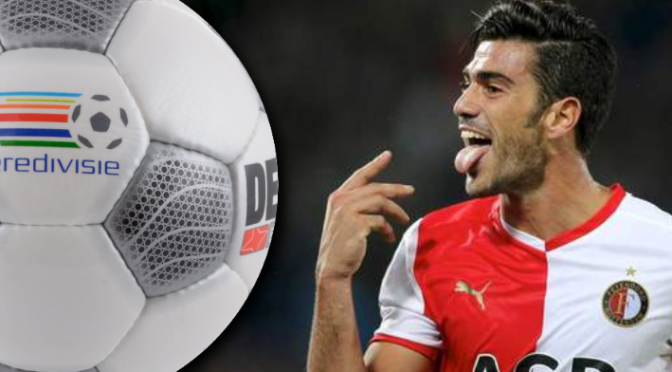 Will Burns has nailed TEN OUT OF LAST TEN tips and after making a lot of people rich he’s back with his selections for the Eredivisie for Sunday’s games and like all his tips, you will not see a ‘best bet’ under evens – good luck!

Ajax are six points ahead of Twente, so Michel Jansen needs to pick up wins especially as the Amsterdammers face Feyenoord this weekend, to put some pressure back on Frank de Boer.

I can see Twente winning this comfortably, they currently have the best player in the league in Serbian playmaker Dušan Tadić, who has been on fire since the turn of the year. Place him supply Quincy Promes and Luc Castaignos and I cannot see Utrecht handling that three-pronged attack.

Look for Twente to win by at least two goals at a massive 7/4 with Bet Victor.

In the De Klassieker on Sunday afternoon, Feyenoord host Ajax in a true six pointer. With Ronald Koeman knowing that a win would take them within six points of the leaders.

Ajax displayed two horror shows in Europe with a 3-0 home defeat to Salzburg and losing 3-1 in  the return leg in Austria, which showed some weaknesses that De Boer must deal with. The 4-0 win over AZ Alkmaar last weekend domestically will be thrown the out the window come Sunday.

The Amsterdammers head into the cauldron known as De Kuip, and the partisan Rotterdam crowd will be even louder for this match which is one of the most heated rivals in world football.

The defending champions are depleted with first-team stars like Lasse Schöne, Thulani Serero and Viktor Fischer missing through injury. De Boer will be hoping Lerin Duarte and Bojan (on-loan from Barcelona) step up their game after disappointing campaign so far, although Duarte’s two goals last weekend has gone some way in repaying his manager.

I feel Feyenoord will nick this with a narrow victory. Graziano Pelle is still scoring consistently, the bite of Jordy Clasie in the midfield could silence the attempts of Davy Klaassen. The Ajax defence may be too occupied by Pelle to give Jean-Paul Boëtius, Ruben Schaken, Lex Immers attention and the temptation to shoot on sight may give Japser Cillessen in goal a hard day in the Ajax goal.

It could be the two legs like the Salzburg games, relived for Frank de Boer. Feyenoord to win is 6/5 at Betfair and that is a price we cannot ignore.

SC Cambuur have failed to win their last 12 away matches in Eredivisie, but today I feel it changes. After viewing their last few games, they look a real attacking threat going forward.

FC Groningen are experiencing a poor season with just one win in six games, which was an uninspiring 1-0 home win over Go Ahead Eagles. Last weekend, they helped FC Utrecht end their winless streak as mentioned earlier, so it is safe to say, they are not playing well.

I see Cambuur finally getting the away win and at a HUGE 14/5 offered at Bet365, this win could be massively profitable for anyone gambling on it.

AZ are the last remaining Eredivisie side in Europe after eliminating Czech side Slovan Liberec midweek so they may be a little tired when hosting RKC Waalwijk on Sunday.

I look at the goals in this game and especially at RKC Waalwijk. Although Dick Advocaat’s side are not great scorers in 2014, only 11 goals scored in eight games I see Over 3.5 Goals in this game mainly due to RKC’s record in the last few games.

RKC coach Erwin Koeman announced this week he would be stepping down as manager at the end of this season so this may affect he team and help AZ’s goal tally. There has been at least four goals in all the last four RKC games. Drawing 2-2 with Go Ahead, they defeated Utrecht 5-2, they were then turned over 3-1 by NEC and last weekend, handed a 3-1 loss by Vitesse.

Our best bet will see this run continue into the fifth game with Over 3.5 Goals valued at 11/8 by our friends at BetVictor.