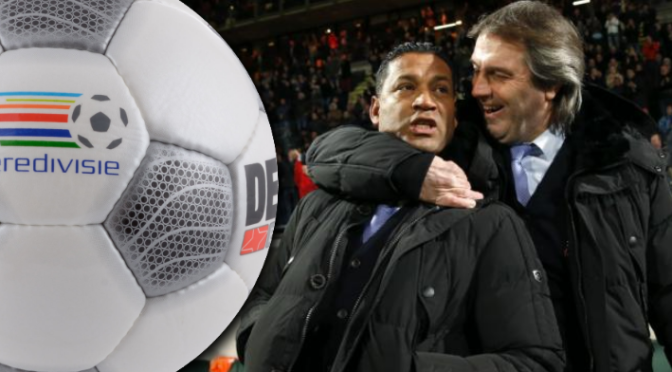 ADO Den Haag lifted themselves off the foot of the Eredivisie with a great 3-2 win over Go Ahead Eagles on Friday night.

It was Henk Fraser’s first win since taking the reins in Den Haag, and for a side struggling to score goals, the caretaker manager seems to have rejuvenated the attack for ADO, defeating Go Ahead by three goals to two.

The hosts took the lead after just five minutes with an excellent goal from Mike van Duinen. A long ball over the top of the Eagles defence from Tom Beugelsdijk sent the young striker through on goal and he finished brilliantly past Go Ahead goalkeeper Stephan Andersen. It was Van Duinen’s first goal in ten games and only his sixth of the season.

Fraser side had only scored one goal in the last four outings but they quickly grabbed a second in this match on 12 minutes. Danny Bakker rose above Jop van der Linden in the area to head home from a Danny Holla free-kick from the left wing. It was a great start for the home side that really lifted the roof off Kyocera Stadium.

The visitors finally woke up and got themselves back in the game on 23 minutes. Sjoerd Overgoor slipped Erik Falkenburg through on goal but he was denied by the onrushing Robert Zwinkels, but the ball rebounded off the face of the backtracking Gianni Zuiverloon and into the empty net. An unfortunate own goal for the former West Brom full-back.

After the break we saw more of the same as ADO restored their two-goal cushion as Roland Alberg swept the ball home after an almighty scramble inside the area after some great skill from Mitchell Schet to get the ball in their in the first place.

Once again the visitors pulled themselves back into the game, two substitutes combining in the 73rd minute as Marnix Kolder planted a fine header beyond Zwinkels from Xander Houtkoop’s left-wing cross.

Go Ahead pushed hard to level the game up in the final stages but it would not come as the hosts held on for a vital three points. Henk Fraser’s side jumped out of the drop zone and into 13th place courtesy of the win, just a point behind their opponents, with all their rivals to play over the weekend.