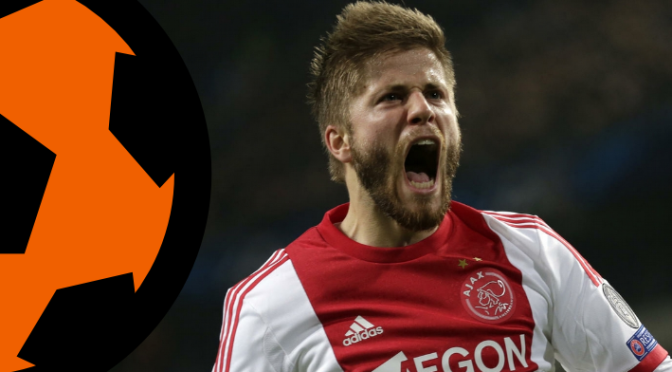 Tipster Will Burns takes a look at the upcoming fixtures involving AZ and Ajax in the Europa League Round of 32 first-legs below. Good luck if your having a punt, and please click on one of our sponsors to have a bet to help us pay the bills. All Will’s tips are over EVENS so you can get yourself some value in the markets.

ROUND OF 32 MATCHES – FIRST LEGS

Dutch league leaders Ajax resume their Europa League campaign with huge confidence at home to Red Bull Salzburg on Thursday night as Frank de Boer’s side are now unbeaten in their past 17 competitive matches, dating right back to November last year.

Ahead of hosting the Austrian side to Amsterdam ArenA for the first leg of this round-of-32 tie, the Amsterdammers thrashed Heerenveen by three goals this past weekend. Danish midfielder Lasse Schöne scored a hat-trick in Sunday’s game including two spot-kicks as the defending Eredivisie champions continued their impressive form. With the talents of Davy Klaassen, Kolbeinn Sigþórsson, Schone and Siem de Jong, De Boer has the talent at his disposal to go far in the Europa League.

They face a huge test on Thursday in Salzburg, who are also in impressive form ahead of the first leg. Die Roten Bullen  have won all of their last nine matches, scoring a massive 26 goals while going on to hold a 17 point lead at the top of the Austrian Bundesliga. The profilic strike partnership of Brazilian Alan (18 goals) and Spaniard Jonathan Soriano (17) has been the key to Salzburg’s success this term. The pair each scored a hat-trick in Salzburg’s last home game, a 6-0 win over SV Grödig.

The best bet will be Over 3.5 Goals in this game which Betfair are currently offering at 6/4. I cannot see Ajax losing but the attacking prowess of both sides could see plenty of goals.

AZ Alkmaar travel to Liberec to face Slovan who, due to the Czech football winter break, have not played a competitive football match since the 12th of December, a Europa League win away to Estoril. The Czech side are also not in great form with their last league victory being at the end of September.

On a positive note for Liberec, they are undefeated in ten of their last 11 Europa League matches with Dick Advocaat’s AZ are undefeated in their last six in the competition. Sitting seventh in the Eredivisie, AZ have not being convincing since returning from their winter break, with two wins, two defeats and a draw.

I can see the Dutch side coming away with an away goal here but also conceding so I think the draw will be the best and safest bet here. Our friends at Bet Victor are offering a great 5/2 for the teams to be level at full-time.