After nailing four out of nine games at the weekend, Will Burns is back with his picks for the midweek Eredivisie extravaganza (all nine games) and like all his tips, you will not see a ‘best bet’ under evens – good luck! 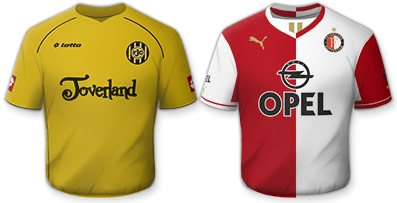 Roda’s last game at Parkstad Limburg Stadion was Jon Dahl Tomasson’s first win as head coach in a 1-0 win over Utrecht. After losing 3-1 at PEC Zwolle on Saturday, they face the tough test of Ronald Koeman’s Feyenoord tomorrow night.

Feyenoord featured in Friday night’s game which was a 1-1 draw against Vitesse that leaves the Koeman’s men seven points off league leaders Ajax. The title race is not out of reach yet and they will look to Italian striker Graziano Pelle to add to his tally of 16 in 19 games this campaign.

I can see Feyenoord being too strong for Roda and at 13/8 at Betfair for the Rotterdam side to be winning at half-time and full-time, it’s too big of a bet to miss. 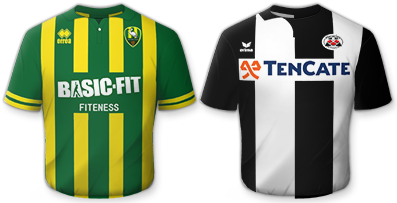 Both sides experienced defeats over the weekend: Heracles at home to NAC Breda and ADO at Heerenveen, with a five points separating them in the league table.

I see this being a close game even though both sides will be itching to get back on track, I see this match finishing as a score draw. For the best bet, take a look at BetVictor’s at 13/5 for this one. 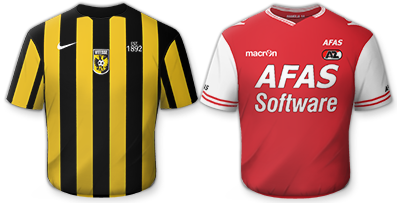 Tuesday’s main event will be second place Vitesse hosting sixth placed AZ Alkmaar. AZ have proved to be a bit of a jinx for the Arnhem side over the years, with Vitesse failing to find a win in the last eight meetings between the two sides.

Peter Bosz’s side will look to change all that this time round and place a bit of pressure on Ajax, currently two points clear them. A win would take Vitesse ahead of the Amsterdam side, with Ajax yet to play at home to Groningen on Thursday.

AZ will certainly not lay down for Vitesse and it will be a tough test for Bosz’s men. However, AZ has been a little inconsistent with two wins and three defeats from their last five matches played. Look for Vitesse to win this one and let’s take them to win by two clear goals to give us a bit of value.

After a shocking display at Waalwijk, a 2-0 defeat on Sunday, Philip Cocu needs to pick his side up for the trip to Cambuur on Wednesday evening. With only one win on the road in the last nine games, Cocu has a tough job.

Cambuur on the other hand put in a good showing away to Twente earlier on Sunday, despite running out on the wrong side of a 3-1 scoreline.

PSV are struggling to score goals and as we won on ‘Under 2.5 Goals’ in the RKC game on Sunday, let’s go for it again at 11/10 at Sky Bet. There has been under 2.5 goals in the last four games involving PSV so let’s see if that run will continue.

The impressive Evander Sno hit both goals in RKC’s win over PSV on Sunday and the Waalwijk side will look to build on that victory away to Go Ahead Eagles on Wednesday evening. However, Erwin Koeman’s side has a horrible away record with only two wins in the last 21 trips.

Go Ahead on the other hand has faired well at home this season with only two defeats in ten, and those losses were against the current top two, Vitesse and Ajax. A win for RKC is not unthinkable but I cannot see it happening.

Although the draw on the other hand could, with six draws for the Eagles and seven for RKC already this season I can see them adding to this tally on Wednesday. 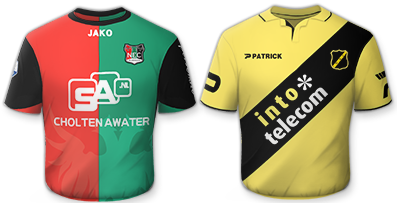 It is a close league this season with just five points splitting NEC (17th) and NAC (10th). NEC have a great home record this campaign with only losing two out of nine games (to Vitesse and Ajax) since the sacking of Alex Pastoor in September.

In an interesting stat, NEC Nijmegen have not beaten NAC in the last seven meetings between the sides in all competitions so going with the stats, I feel the best bet is a draw.

FC Twente are in tremendous form and have only experienced a defeat twice in the Eredivisie this season, both away games to ADO Den Haag and Vitesse.

With the Icelandic international notching left, right and centre I am unsure that Twente can defeat Heerenveen, but what I can predict is goals!

Thursday sees PEC Zwolle travel to a struggling FC Utrecht full of confidence after Sunday’s 3-1 over Roda. While Jan Wouters’s Utrecht halted a run of four successive league defeats with a hard-fought point at home to Ajax, but they still remain five games without a win.

Zwolle look to clinch their third consecutive victory on Thursday but with the tricky Ryan Thomas providing balls for Guyon Fernandez and Mustafa Saymak, I think they could do it this Thursday at the Stadion Galgenwaard.

The defending champions have won nine of their last eleven games and kept six clean sheets in their last seven at the Amsterdam ArenA. Do not look past an Ajax win if you are placing an accumulator this week, as I cannot see any other result coming close in this one.

Groningen lost away to AZ by two goals to nil on Saturday and I can see Ajax going one better winning the match 3-0. So let’s end the week with a huge 7/1 tip and good luck!