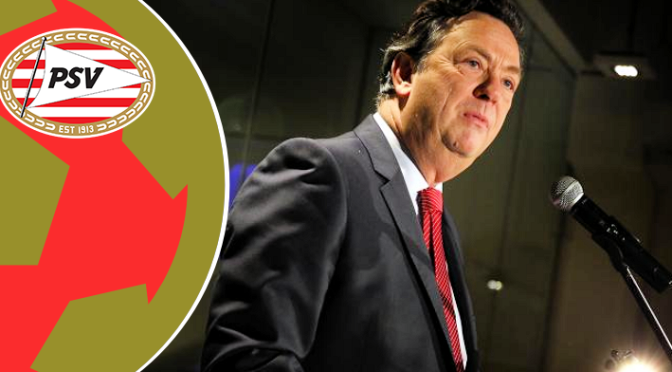 PSV general manager Tiny Sanders is to step down on April 1st after four years in Eindhoven.

The 57-year-old announced on Friday evening during his annual New Year’s reception address at the Philips Stadion.

Last year PSV made a profit of €350,000 and he stated that he is leaving the club in great financial state. However, this is mainly due to sales of Kevin Strootman, Dries Mertens and Jeremain Lens this past summer which accumulated over €35million in transfer fees.