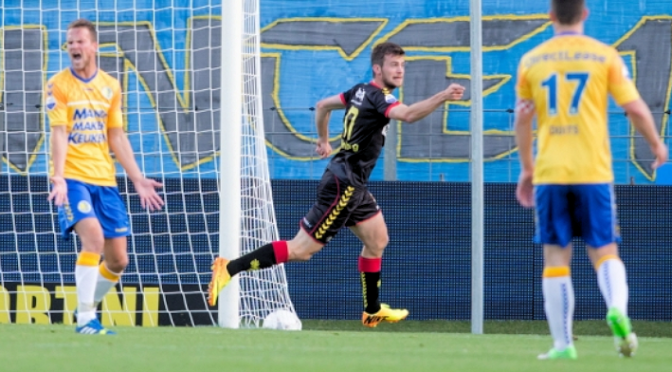 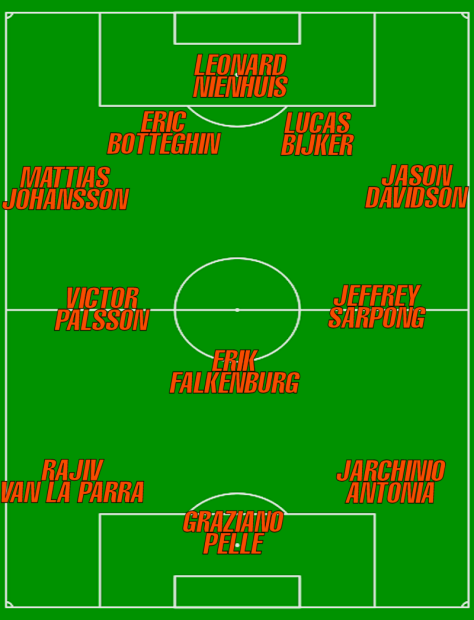 Mattias Johansson (AZ Alkmaar) – The Swedish right-back surged forward and scored a great goal in the 1-1 draw with Vitesse.

Eric Botteghin (FC Groningen) – A rock in the Groningen defence that kept Ajax’s forwards at bay to clinch a vital point.

Lucas Bijker (SC Cambuur) – Playing on the left of defence, was the man-of-the-match for the Eredivisie new boys in the 0-0 draw with PSV.

Jason Davidson (Heracles) – An excellent goal to give his side the 1-0 win over ADO Den Haag.

Jeffrey Sarpong (NAC Breda) – Tore the NEC defence to shreds but the strikers ahead of him were poor with the finishing.

Graziano Pelle (Feyenoord) – Scoring his sixth goal in five games to lead his side to a 4-0 win over Roda JC on Sunday.

Jarchinio Antonia (Go Ahead Eagles) – A constant thorn in RKC’s side providing two assists in his sides 4-1 win.

One thought on “EREDIVISIE TEAM OF THE WEEK #5”