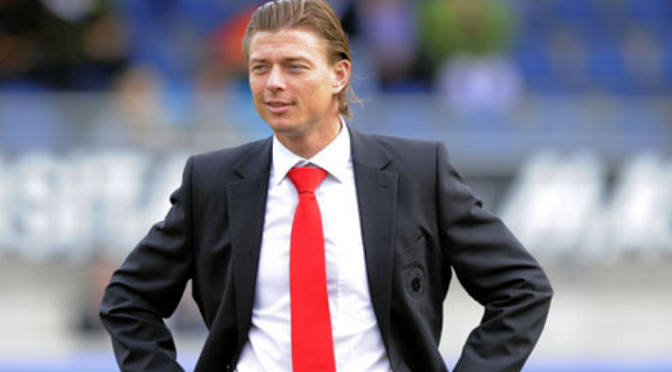 The new Eerste Divisie season begins on Friday 2nd August 2013, our new writer Markus Wenzel is here with a rundown of all the transfer dealings and managerial movement within the divisions clubs over the summer so far.

Sparta Rotterdam have swapped their goalkeepers in the last few days. German keeper Nico Pellatz, who played 30 games for Sparta last season, after two years in Rotterdam has signed a contract with the Dynamo Dresden. Dresden plays in the 2.Bundesliga and Pellatz moves on a free. The new keeper will be Moroccan Khalid Sinouh, last season the 38-year-old was under contract in NEC Nijmegen and played six times.

Also joining Sparta is striker Johan Voskamp, 28, who arrives from Slask Wroclaw in Poland. He played before in 2010/11 for the club in the Eerste Divisie. Meanwhile, Jens van Son leaves Rotterdam for a contract with the FC Eindhoven.

New entry Jong Ajax has signed some talents in the past week for their first campaign in the Eerste Divisie. Marvin Höner, a German striker, comes from the youth team of Arminia Bielefeld where he played in the U19-Bundesliga. Midfielder Stanislav Lobotka arrives on a one-year loan from the Slovakian club AS Trencin. Also coming in is defender Derwin Martina and striker Vincent Vermeij are promoted from Ajax own academy.

Fortuna Sittard has loaned Franco Zennaro from Belgian club Standard Liege. The midfielder, with Belgian and Italian roots, will come on a one-year loan deal to Limburg.

Relegated from the Eredivisie, VVV Venlo has confirmed they are interested in Prince Rajcomar from rival Fortuna Sittard, talks are ongoing as the striker has still a contract at the Trendwork Arena. In other news, Fortuna Sittard has extended the contracts with midfielder Jordie Briels and keeper Mark Voss.

Daryl van Miegham is the newest striker from Telstar. The 24-year-old, was last season in Almelo under contract with Heracles but has now signed for a year in Telstar. Coach Marcel Keizer said “With his quickness, he is an absolute asset for our club.”

FC Volendam have suffered a blow losing last year’s division top-scorer of the Eerste Divisie, Jack Tuyp. The striker is now a free agent talking to some lower Eredivisie clubs. Fellow frontman Mieciel Kramer, has now signed for Helmond Sport. He should replace Emrullah Güvenc, who joins Antwerp in Belgium. Young promising goalkeeper Sonny Stevens has also left Volendam for the FC Twente. The 21-year-old player will be the number three goalkeeper in Enschede.

The new team entering the league is from Groesbeek, Achilles´29, and they have lost their successful coach Van Deinen and presented François Gesthuizen from Blaauw Geel 28 as their new coach.

VVV Venlo presented Rene Trost from MVV as their new boss so MVV signed Tini Ruys from local rival Roda, he was there responsible for the A1 side.

The biggest name in this summer so far was presented from Excelsior. The club from Rotterdam, who finished at the second last position in the finished season, signed the now retired Danish international striker Jon Dahl Tomasson as their new coach. Tomasson was two times the Danish player of the year and won the Champions League in 2003 with the AC Milan.