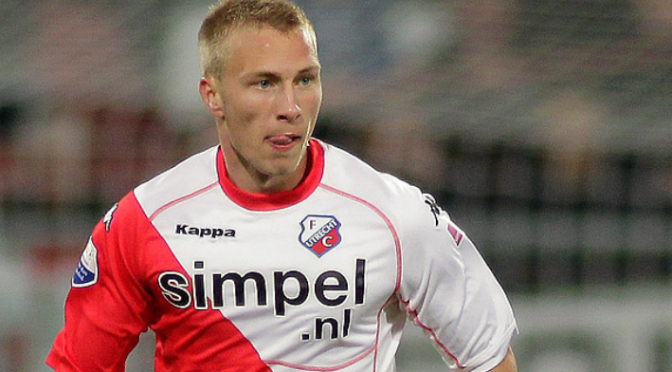 Ajax have clinched the signature of talented central defender Mike van der Hoorn from FC Utrecht for an undisclosed fee. The powerful Jong Oranje central defender joins Frank de Boer’s Eredivisie champions after some excellent performances in 2012-13 for Utrecht. Van der Hoorn will sign a deal until June 2017 with the Amsterdammers upon completion of his medical. 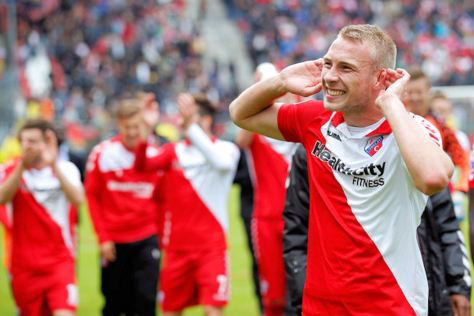 With the expected departure of centre-back Toby Alderweireld this summer, Ajax were keen to add a new defender to their squad and they see Van der Hoorn as the perfect replacement for the Belgium international.

Van der Hoorn, speaking for the first time about the transfer to Voetbal International, the defender said: “It’s great that the deal was done so quickly, this Wednesday after I’ve had my medical and presentation, I’ll be on the training field for the first time.”

“I’ve had a good discussion with Frank de Boer and afterwards, I was updated regularly by the club while I’ve been on holiday in Mexico. This is a great opportunity for me and I leave Utrecht in a good spirits. The club will play in Europe this year and for me, Utrecht will always be special to me.”

The player has been with Utrecht since 12 years old and was product of the Utrecht youth academy. He made his debut for the first team in 2010-11 and had his breakthrough years last season, playing 44 Eredivisie matches and scoring six goals.

This past summer, the 20-year-old was part of the Jong Oranje squad who made it to the semi-finals of the UEFA’s Under-21s European Championship in Israel, but had a disappointing tournament.

However, on the basis of last season, he should prove to be a great signing for De Boer’s challenge to retain the league title this coming campaign.

One thought on “Ajax get Van der Hoorn”