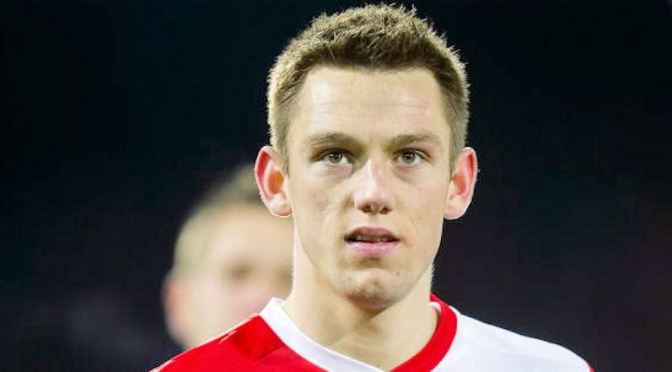 Oranje international De Vrij had been linked with Premier League rivals Everton and Liverpool but the 21-year-old has elected to join Clasie in deciding to extend his stay at De Kuip.

The Rotterdam outfit announced on Thursday morning that battling midfielder Clasie had signed an extension to his current deal to keep him at the club until 2016. The club have quickly moved to tie up the future of another young mainstay by convincing De Vrij to extend his deal until 2015, his deal was due to expire at the end of next season.

Despite much speculation regarding his future, De Vrij insisted he is delighted to have agreed to an extension and is hoping to help deliver silverware to the club after they were pipped to Champions League football on goal difference by PSV Eindhoven.

Speaking to Voetbal International, De Vrij said: “I still see a lot of room to improve myself and the team. I am very pleased that I can continue to be part of Feyenoord. I hope that we will be fighting for silverware again next season.”

Technical director Martin van Geel was quick to hail De Vrij’s decision to stay in Rotterdam and believes both he and Clasie will be vital to the club’s fortunes next term.

“It’s fantastic that we have brought our talks with Stefan to a satisfactory conclusion along with the agreement with Jordy,” Van Geel told Feyenoord.nl. “These are two are key to our team, so we are very happy that they have extended their contracts with Feyenoord with an eye to next season.”